You are here:
Safety and Justice Campaign 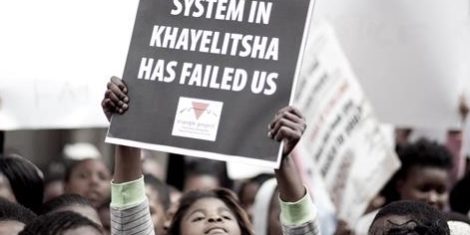 In January in Monwabisi Park, Anele Gazi was caught with stolen goods. He was set alight and died from his injuries. In March Thabo Mzileni was found dead in D Section. His hands and feet had been bound and a concrete drain cover and tyre placed on his chest. In May Andile Mtsholo died after being necklaced in a field in Site B for suspicion of stealing a cellphone.

In Khayelitsha since the beginning of 2012 at least 11 people have been brutally murdered in vigilante attacks. Community members claim this number is higher and that the media does not always report such atrocities. Some have been killed through the practice of necklacing – the act of placing a tire around someone’s head, which is then set alight. In an area suffering from high levels of crime and a policing and justice system that is failing the community, exasperated Khayelitsha residents are taking the law into their own hands.

When people live constantly in fear of crime and physical harm, when there is a lack of faith and trust in the police to protect and for the criminal justice system to help provide justice once a crime has been committed, when violent criminals are out on bail harassing witnesses the day after they are arrested – frustrated communities will continue to see no alternative but to deal with crime themselves, and in doing so they erode the rule of law.

We must all strongly condemn these actions – everyone has the right to life and a fair trial. No one has the right to deny another person of these rights – even if that person is guilty of a crime. People must not become criminals themselves through such actions and are urged to take suspected lawbreakers to the police and not mete out their own form of justice.

We understand that this often seems like a waste of time given many people’s experiences dealing with the police and the courts, where cases can drag on for years, dockets are lost and conviction rates are low.

However, the continuation of vigilante killings only fuels further violence and exposes many people, including young children, to terrible scenes of brutality. The psychological effect of this is incalculable. When communities take the law into their own hands it places the police and government in a position where they are more likely to employ forceful and undemocratic laws to stop the violence. In such a situation other liberties – of freedom of movement, association and speech – can be curtailed.

Tomorrow evening – 28 June 2012 – the SJC and partner organisations will be holding a candlelight vigil at Solomon Mahlangu Hall in Khayelitsha where we will discuss the issue of mob violence and speak about ways to curb it so that these horrific scenes are not repeated. We will also be remembering those who so horrifically lost their lives in these attacks.

As part of our Justice for All campaign we have been calling for the establishment of a Commission of Inquiry to investigate the systemic problems plaguing safety and justice in the area and lodged a formal complaint in November 2011. In our complaint we cited, amongst other things, a breakdown in relations between police and the community in Khayelitsha. The recent spate of mob justice killings is the clearest indication of this broken relationship.

[OPINION PIECE] From Collins Khosa to George Floyd: Policing in crisis in South Africa and the US
July 13, 2020
[PRESS STATEMENT] DON’T CALL IN THE DEFENCE FORCE IN THE WESTERN CAPE – REALLOCATE POLICE RESOURCES
July 3, 2019