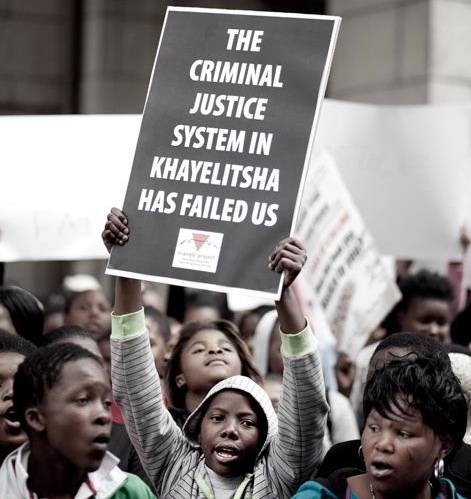 In January in Monwabisi Park, Anele Gazi was caught with stolen goods. He was set alight and died from his injuries. In March Thabo Mzileni was found dead in D Section. His hands and feet had been bound and a concrete drain cover and tyre placed on his chest. In May Andile Mtsholo died after being necklaced in a field in Site B for suspicion of stealing a cellphone. In Khayelitsha since the beginning of 2012 at least 11 people have been brutally murdered in vigilante attacks.