[OPINION PIECE] From Collins Khosa to George Floyd: Policing in crisis in South Africa and the US 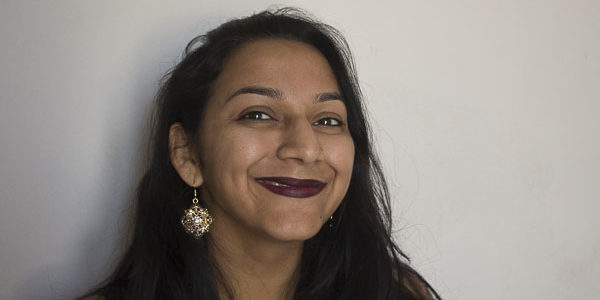 There are striking similarities between policing in the US and in South Africa, and in the deaths of George Floyd and Collins Khosa – the policing systems that caused them stem from oppressive pasts and are indicative of security forces that lack proper controls.

In the last week we have seen in the media the global outrage against the killing of Minnesota resident, George Floyd in the US. This outrage also resonated with many South Africans.

During this time, where police brutality has once again dominated public platforms, it is important for South Africans to reflect on our own state-sanctioned violence. We must mourn those that have been murdered by state security actors who, instead of fulfilling their mandate to protect and serve, inflicted arbitrary, and cruel acts of violence and abuse of power. Above all, we must demand justice.

There are deep structural similarities between the police force in the US and the South African Police Service (SAPS). First, both stem from oppressive regimes. Policing in the US can be traced back to slave patrols of the 1700s. In South Africa, we are well aware of how the apartheid government implemented its viciousness and oppression in partnership with the police and military services.

Second, decades later, we see both of these institutions holding on to the hyper-masculine and white supremacist ideals that involve the policing of black people, not simply in line with laws and regulations, but also in ways that appease whiteness. While this might be a difficult conversation to have as South Africans, we have seen too many examples to which this rings true.

At the very least, one can look at any form of protesting, where poor black people are asking for basic services only for those protests to be turned violent through brute force inflicted by the SAPS (and other policing bodies). This is also clear in the case of Esethu Mcinjana, a 23-year-old black woman who was arrested for simply sitting at a beach in Sea Point in 2019.

It was made clear a few weeks ago where the General Secretary of the Social Justice Coalition, Axolile Notywala, who was trying to prevent illegal evictions by the City of Cape Town, was tear gassed in the back of a City of Cape Town law enforcement vehicle. The fatal shooting of Andries Tatane and the mass murder of miners at Marikana should sit with us, a stain on our collective conscience. How is it that these organs of state commit these atrocities and so many of those involved escape liability?

Policing in America has got to a stage where many have been calling for the abolition of the police force in the US. As this policing crisis continues in our own country and when so many serious police accountability questions have gone unanswered, could it be the time to start the abolition debate? What options to effectively reform security services are available to us? The legitimacy of policing in South Africa is in a state of crisis.

The murders of George Floyd, Ahmed Aubrey and Trayvon Martin to name a few, are indicative of how perverse state-sanctioned violence is in the US. And while many South Africans might feel like this is removed from our reality, it is not. Collins Khosa was killed by the SANDF for nothing more than (prior to the attack) having a beer in a camping chair in his yard.

Police services in South Africa are doing very little to distance themselves from the brutality of the past. Accountability for police brutality continues to be outsourced to the Independent Police Investigative Directorate (Ipid). In Ipid’s 2017/2018 annual report, it reported 201 deaths in police custody and 436 deaths that were as a result of police action.

But even as an oversight body, Ipid lacks the independence and resources to ensure justice for each of these cases. Ipid is inextricably linked to the minister of police and lacks the capacity to investigate the sheer number of police officers committing terrible forms of violence from domestic violence to rape, torture and even murder.

The crisis of legitimacy when it comes to policing in South Africa is not only directed at SAPS, it calls into question the behaviour and morality of local law enforcement and more recently the South African National Defence Force (SANDF).

The murders of George Floyd, Ahmed Aubrey and Trayvon Martin to name a few, are indicative of how perverse state-sanctioned violence is in the US. And while many South Africans might feel like this is removed from our reality, it is not. Collins Khosa was killed by the SANDF for nothing more than (prior to the attack) having a beer in a camping chair in his yard. There is something so horrific about security actors, clothed in the authority and perceived legitimacy of the state, inflicting such cruelty. Khosa was a black man living in Alexandra who was survived by his partner (Nomsa Montsha) and three minor children.

In the ruling in favour of Khosa’s family, Judge Hans Fabricius cited a philosophical concept central to any democratic government. A social contract, through the consensus of the citizenry legitimizes a government. This social contract in its most basic form means that we believe the state will act in our best interest and we in turn trust their authority.

After the violence and brutality that led to the death of Khosa (and others), one calls this legitimacy in question. The murder of Khosa should have brought this country to a standstill. During a global pandemic, this innocent man was the victim of one of the most grotesque displays of state violence since the inception of our democracy. And while the ministers of defence and police have offered half-hearted apologies, there remains very little political will and commitment in efforts to make sure that this never happens again.

The murder of Khosa cannot be dismissed and forgotten (like so many before). Justice for Khosa, Petrus Miggels, Sibusiso Amos, Adane Emmanuel and their loved ones has to be sought out and demanded. If we do not demand and get justice for Khosa and everyone else affected by police brutality, we continue legitimising this impunity. The legitimacy of our democracy and the rights of citizens in this country depend on it. DM/MC