Press Alert: Police resources judgment to be delivered on 14 December 2018 will have a monumental impact on policing across South Africa 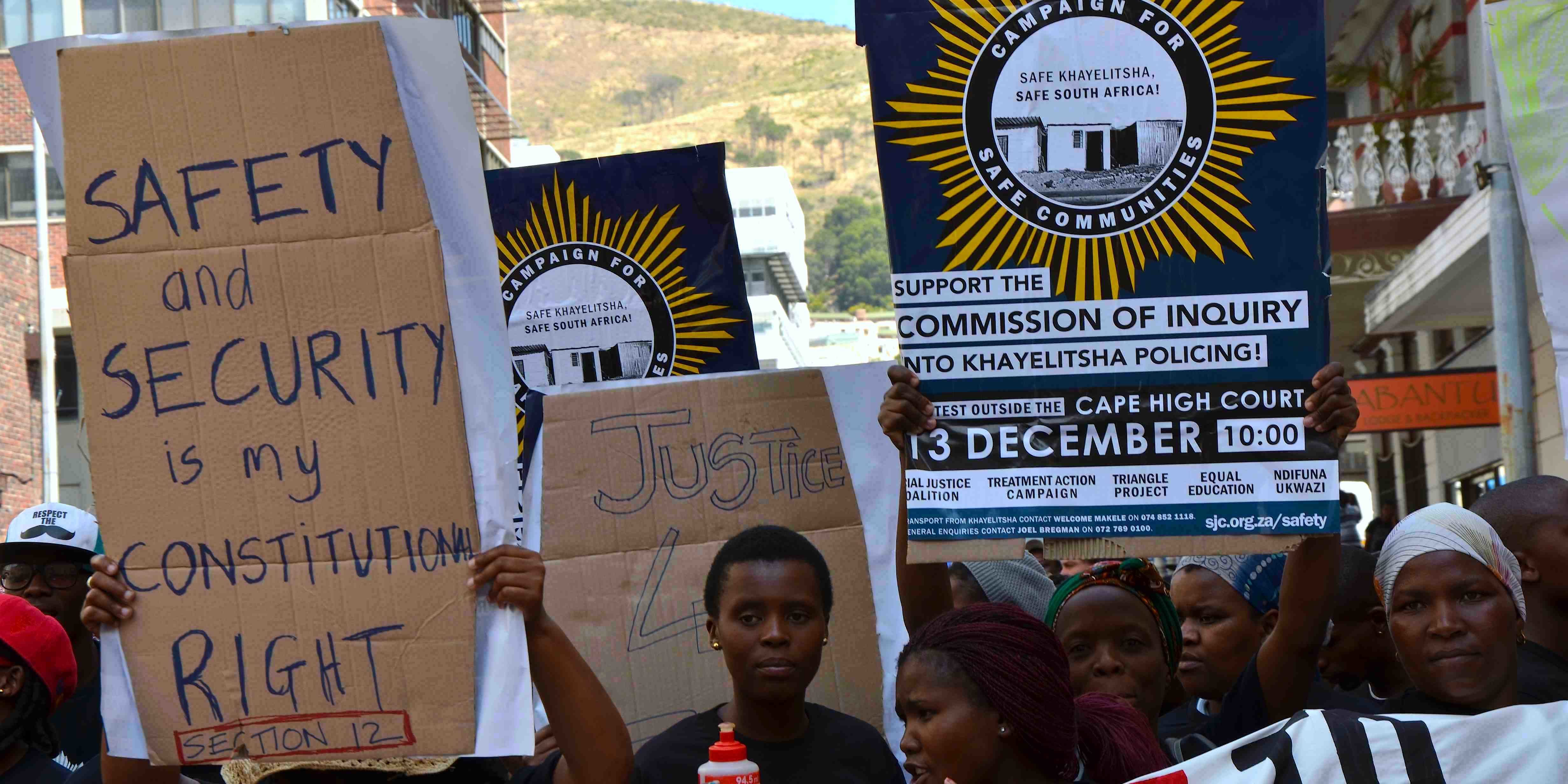 The court will decide  whether the South African Police Service (SAPS) indirectly discriminates against poor, Black communities in its allocation of 193 297 police personnel across 1146 police stations nationally. This judgment will not only have massive implications for the SAPS across the country, but will be a tremendous step towards addressing inequality in South Africa, as the Court has also been asked to include poverty as a listed ground for discrimination.

During the court hearings  on 28, 29 and 30 November 2017 and 14 and 15 February 2018, we (the applicants) argued that wealthy, predominantly white, and safer communities have more police officers than poor, predominantly black, and more  violent communities. This is on the basis of the SAPS’ Theoretical Human Resource Requirement (THRR), which determines the number of police allocated to precincts. Two constitutionally-mandated bodies have independently found the THRR formula to be flawed.

However, the police continue to dispute this. During oral arguments, SAPS admitted that, in determining the allocation of police resources, they do not consider the known high levels of under-reporting of crime. They conceded that SAPS only counts reported crime when allocating resources. SAPS counsel argued that all types of crime require the same response; that shoplifting, violent contact crimes and murder should be treated in the same way.

As people in South Africa mark 16 Days of Activism for no violence against women and children this concession is deeply disturbing given the incredibly low reporting rates of gender-based violence. This reveals that SAPS fails to appreciate the reasons for underreporting,  and fails to enlist crime-intelligence and other government data to respond to gender-based violence in a sensitive, professional and effective manner.

SAPS further conceded in court papers that the allocation of police officers, in part, was “done in light of existing infrastructure”. This resulted in communities that saw an “increase in informal settlements and the housing developments undertaken by the government” since 1994 receiving less than average resources.

In August 2014 the Khayelitsha Commission of Inquiry (the Commission) found the formula to be biased against poor Black communities. Similarly, in a report finalised earlier this year, the Civilian Secretariat of Police recommends that the system be revised.

It is clear that the system used by SAPS to allocate its human resources across the country is wrong.

A judgment in favour of the applicants would finally compel the SAPS to revise the THRR.

In addition a ruling that includes poverty as a listed ground will empower poor people in securing greater access to security of tenure, education, sanitation services, water, public transport, well-located and inclusionary social housing, and generally safe and dignified communities.

Friday’s judgment, to be handed down in Court 29 at 11h30, is the next step in a campaign for safe communities started by the Treatment Action Campaign on behalf of Nandipha Makeke, Lorna Mlofana and Zoliswa Nkoyana – three young women who were violated and murdered in Khayelitsha.

It is a campaign a decade-and-a-half in the making. Friday’s judgment won’t mark the end of the campaign, but a favourable judgment will make monumental contribution towards making our communities safer and affording victims and survivors justice.