Press Statement: Why celebrate Human Rights Day when our rights are trampled upon by the City of Cape Town daily?

You are here:
Cape TownCityKhayelitshaPress releases 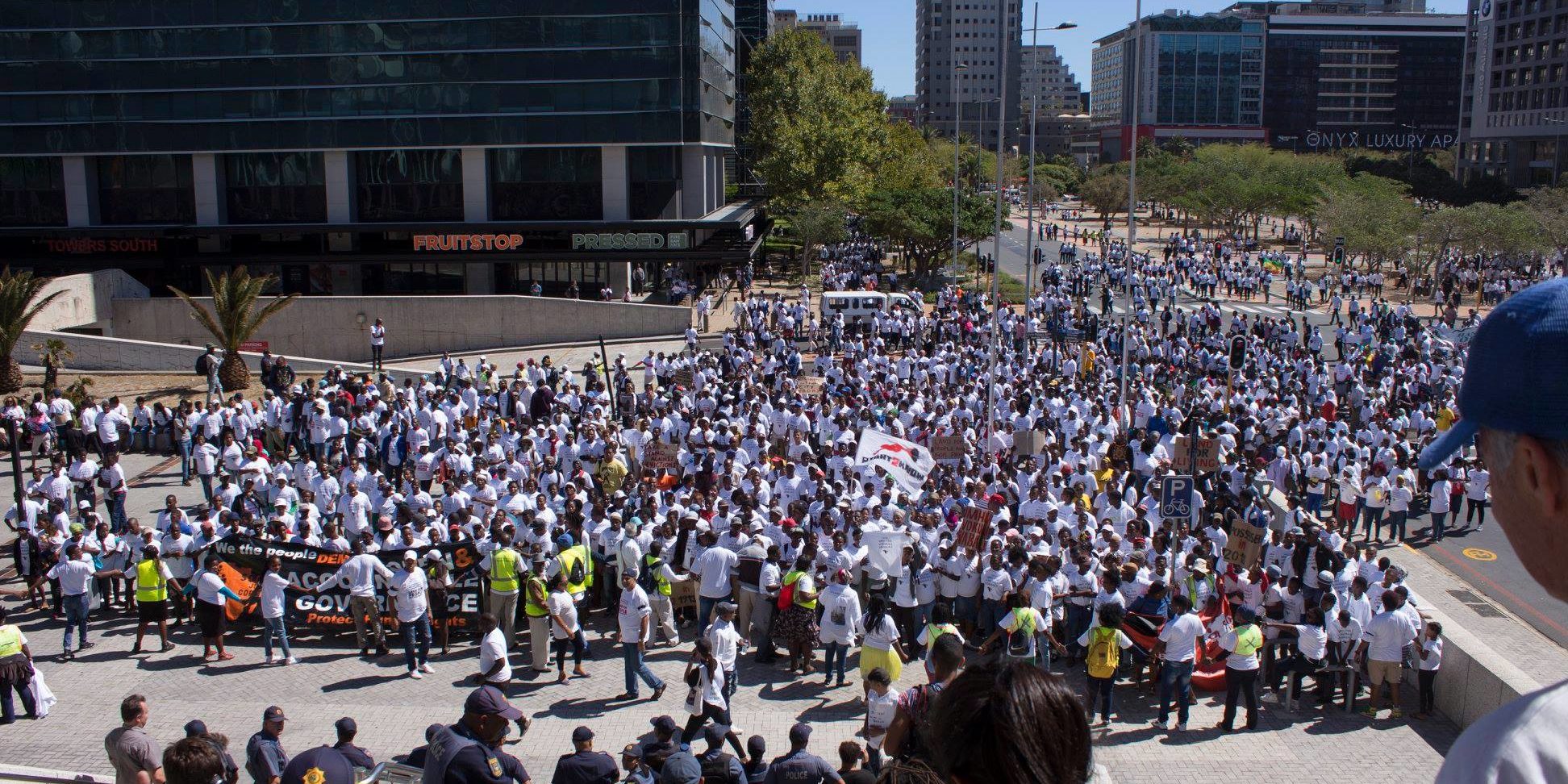 On the 23rd of March 2010, the SJC (Social Justice Coalition) together with residents of informal settlements across Khayelitsha, organised a political action in Greenpoint next to the Sea Point Promenade, to highlight the fact that they had no access to basic services. On that day 600 residents of Khayelitsha’s informal settlements formed a long queue to symbolize their daily experience of accessing toilets and water.

It has now been 11 years since then and to this day the SJC is still approached by residents of Informal Settlements across Cape Town, requesting assistance with regards to getting the City of Cape Town to fulfil their constitutional obligation to provide access to basic services in poor communities. This human rights day cannot be celebrated by these residents when they are living under a municipality that refuses to provide the most basic and fundamental rights to poor and working class residents that live in Cape Town.

Since October 2020, the SJC’s organising team has been conducting community consultations with over 45 communities, most of these communities were established during the South African lockdown pronounced by President Cyril Ramaphosa but some have existed for decades without basic services.

These communities reached out for support to deal with the plight of not having access to water and sanitation.  The SJC held consultative meetings with all these community leaders, where they raised a lot of concerns that were affecting them. These ranged from the lack of basic service provision, gender-based violence, femicide, patriarchy, misogyny, and dealing with mental health issues.

The link between rape and assault experienced by women and a lack of access to basic services is one that is grievously ignored by the City of Cape Town and has led to the loss and pain of many women who live in informal settlements.  Many women who have escaped abusive partners have fled to these newly established communities to build themselves safe homes for them to live with their kids. These residents are then having to live in these areas that do not have basic services such as water, sanitation, and lighting.

Accessing toilets for women living in informal settlements is a dangerous and frightening experience. In some communities the very few existing toilets are far or completely unavailable, many residents including women are having to walk distances away from their homes to relieve themselves in bushes which are most likely to open them to attacks such as rapes and assaults.

Out of the 45 communities, 23 of them together with SJC started engaging their ward councillors, and they explained that they were having difficulties in their quest to get the municipality to address the issue of basic services in their wards. We even went as far as meeting with the sub-council managers who shared documents that showed that the city has put it in writing to the council that they will not be providing basic services to the newly formed communities. The basis of the City of Cape Town not providing basic services is that they do not agree with how these communities came into existence and believe that these residents are land grabbers with the intension of jumping the “housing queue list”.

The other reason given is that these residents’ homes are located in pieces of land that are privately owned and that the provision of basic services becomes difficult for the City, even though, many of these communities are in publicly owned pieces of land with some owned by the City of Cape Town, Western Cape Provincial Government and/or National government.

Despite these provisions made available by our beautiful constitution founded upon the principles of Batho Pele, many black people have not yet had the privilege of enjoying these rights. This is for many of us, is reminiscent of how the apartheid government treated poor black people in Cape Town. Denying poor people, the fulfilment of their basic rights.

For these reasons it is impossible to celebrate Human Rights Day, it would be an insult to the many people who do not have access to basic services in the City Of Cape Town.

We will not celebrate Human Rights Day, celebrated annually on 21 March 2021.

Instead, we will exercise our constitutional right to protest and convene a March at a location to be disclosed (tomorrow morning at 9 am), this protest will highlight our struggle and voice out our lived experience.

This march will also be joining activists globally who are raising awareness on the access to water on the 22 March, World Water Day.

It is not Human Rights Day until we see human rights fulfilled in Informal Settlements across the City of Cape Town!