Press Statement: Update on the basic services protest held on the 22 of March 2021 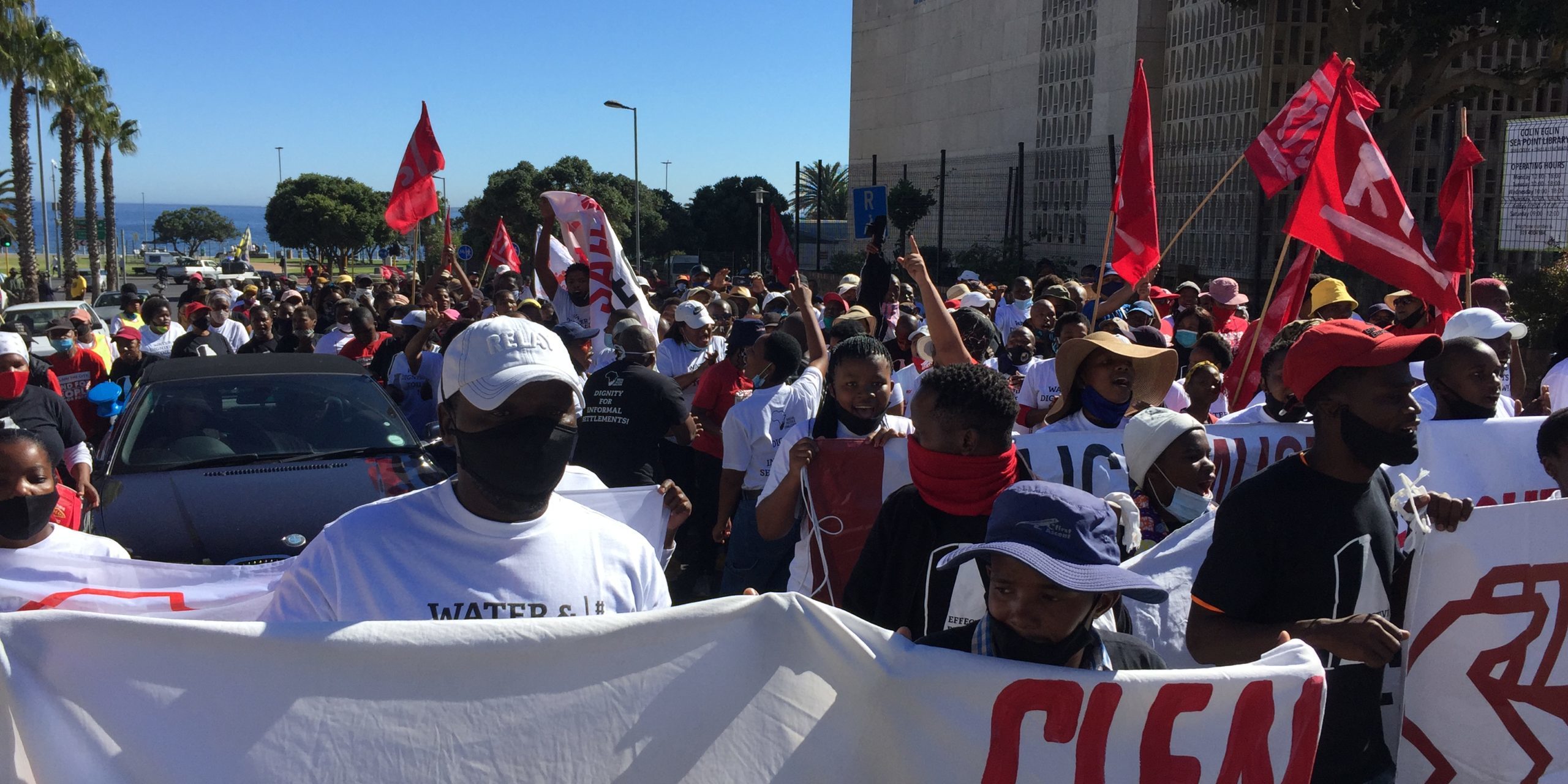 An update on the march for basic services.

On the 22 of March 2021, 22 communities across the City of Cape Town held a protest in demonstration against the gross human rights violations they are constantly subjected to by the City Of Cape Town. The protest was a peaceful demonstration held  at Sea Point in Cape Town. This particular area was of importance significance, being that 11 years ago, communities across Cape Town demonstrated for the exact same thing, water and sanitation. 11 years later and community member living in informal settlements still have to resort to a demonstration, once again to ask for their basic constitutional right to be fulfilled, to ask for their right to water and sanitation.

It was of upmost importance that the protest was conducted in a peaceful manner, because the Social Justice Coalition aims to fight for the  rights to life, dignity, equality, freedom and safety for all people. It is important to ensure that while exercising our Constitutional right to protest, we do not trample on the rights of others as that in itself would be a fallacy in our movement.

People living in informal settlements are subjected to various forms of oppression, economic oppression being one of them, it was of importance that our actions do not affect their ability to access transport systems that will allow them to attend to the very jobs that are scarce in the country. This knowledge was also a deciding factor in our decision to end the protest yesterday so as to allow those community member that have jobs to attend to today  to be able to do so.

We do not condone the actions demonstrated by the Intlungu yase Matyotyombeni Movement today. Protests that involve the inconveniencing, destruction and destabilisation,  of those living in poor communities is a painful and violent act that people who are already  victims of an oppressive system should not have to deal with. This only adds to the daily and constant struggles they have to go through in order to access their means to life.

The absolute purpose of this protest was to have resolute plans from the city of Cape Town regading when they would install basic services in all of these of communities.  We  contacted Mayor Dan Plato to meet with us  and give us a set time frame and plan of action to respond to the gross human right violations the city of Cape Town has subjected people living in informal settlements to. The mayor agreed to meet with representatives from the delegation to discuss this matter.

The delegation included Nkosikhona Swaartbooi from the SJC and community leaders from the 23 that were protesting yesterday.  In the meeting , Dan Plato agreed to meet up with the communities, he promised to give them a call today to confirm the time and date he when he would meet communities and address all  who were present at the march. The mayor also stated that in meeting with these communities he would have a clear understanding on what type of basic services each community needs and the amount of resources needed to install dignified  water and sanitation systems for each of those of them.

The SJC alongside these communities will continue to engage and update all on this process of accessing basic services for all. This is a critical step to ensure that our constitutional rights are experienced by all, most importantly to ensure that those who are tasked with the  Constitutional obligation to ensure that all have access to basic services, are held accountable when they become the very same people that violate those human rights.