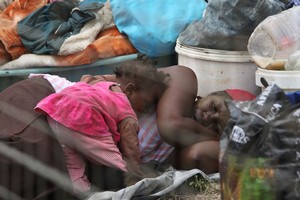 CAPE TOWN – Widespread xenophobic attacks broke out in De Doorns – a small grape/wine farming town just beyond Worcester – over the weekend, and peaked early Tuesday morning. Reports of displaced people ranged from 500 at the outset to 2800 at its peak. Police claim that over twenty people have since been arrested (the majority for assault and public violence, but four for looting), and that there has been no significant subsequent violence since Tuesday. A SJC team visited the area yesterday to assess the extent of the displacement, and responses by local and provincial authorities. Below is a brief report of the situation as it stood late Thursday afternoon.