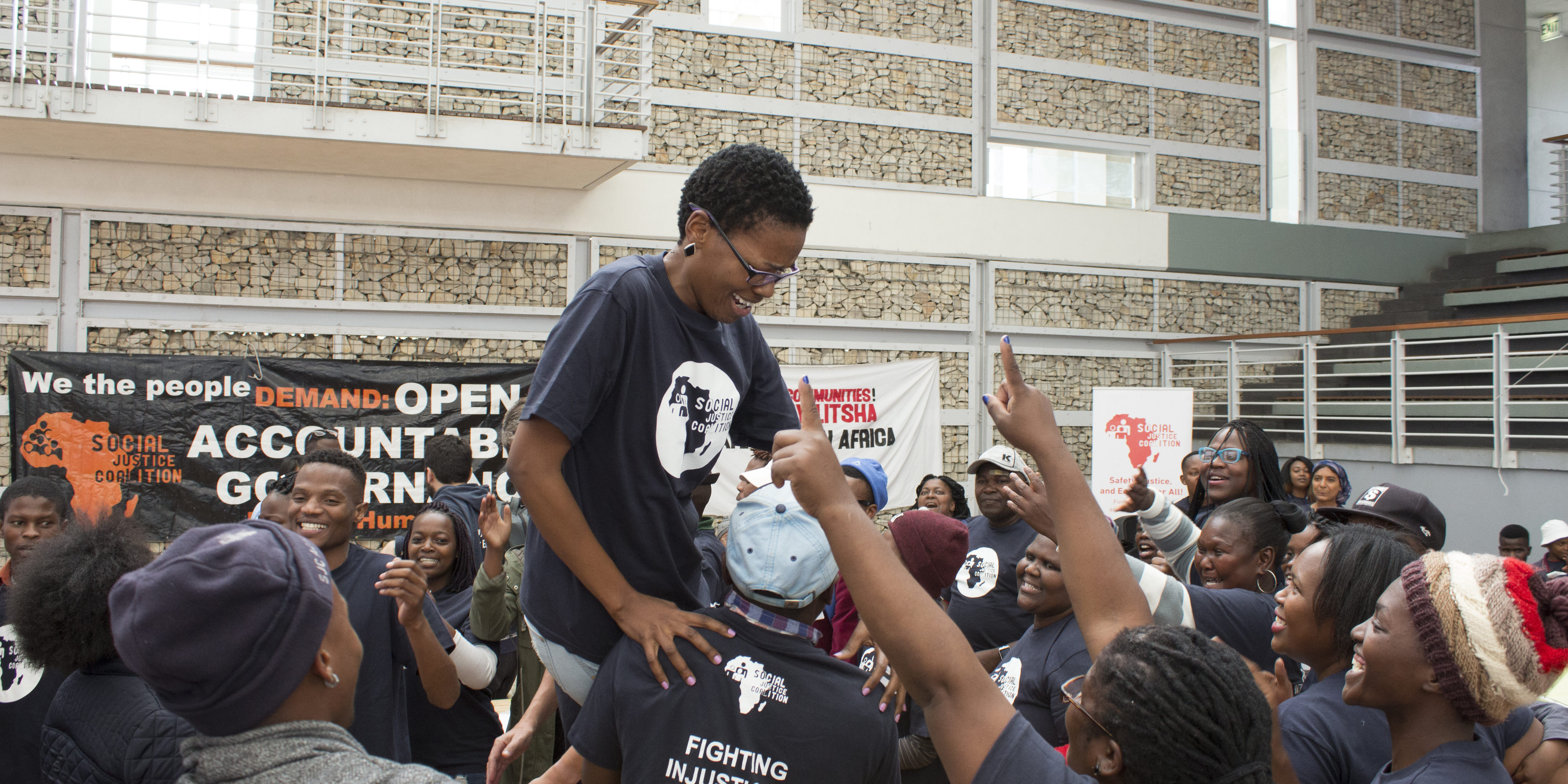 The AGM allowed around four hundred delegates, representing all of our branches across Cape Town, to reflect on the successes and challenges of the past year, as well as chart the way forward through the election of a new leadership and adoption of commissions.

The Annual Report was also presented at the AGM. Amongst other things, it outlined how far the SJC has come in recent years, the growth and development of our branches, the extent to which the Khayelitsha Commission of Inquiry recommendations have been implemented, how our police resources court case is proceeding, as well as the evolution of our sanitation campaign into dealing with the broader issues of informality and spatial Apartheid.

The election held at the AGM marked a new era of leadership for the organisation. Axolile Notywala, a long standing leader within the SJC and our current Local Government Programme Head was elected as the new General Secretary. Mandisa Dyantyi, the SJC’s Education Coordinator, was elected as the new Deputy General Secretary. Wiseman Mpepo from our Monwabisi Park 2 branch and Sisanda Makhumsha, from our Kraaifontein branch, were elected as Chairperson and Deputy Chairperson respectively. Andrew Ardington was re-elected as Treasurer.

This new Secretariat, a collective of strong and principled leaders, will take the SJC forward. While the prospect of new leadership is invigorating, it is bittersweet as we say goodbye to the outgoing Secretariat, many of whom have been part of leading the SJC in various capacities over the past nine years.

The SJC is proud to announce the new Secretariat elected on 3 June 2017:

We would like to thank all of our supporters for standing with us as we continue in the struggle against injustice and inequality.