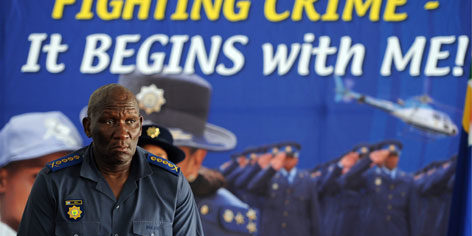 This follows a report by the Public Protector which found that Cele and Mahlangu-Nkabinde and their respective departments were implicated in unlawful, improper conduct that violates South Africa’s laws and Constitution relating to procurement, tenders and leasing of premises for the police worth R500 million.

We will also be calling for a full investigation into last week’s police raid on the office of the Public Protector following the release of its findings, as well as other instances of police misconduct related to this case including the arrest of Sunday Times journalist Mzilikazi wa Afrika last year.

It is in the interest of the Rule of Law and our faith in the Justice system that the case against General Cele and Minister Mahlangu-Nkabinde be brought before the courts.

Crime and corruption is destroying our social fabric and the institutions of the State.  The rights to human dignity, life, freedom and security of the person, and ethical, professional, effective, efficient, open and accountable public administration are all violated by crime and corruption.  It is important that our criminal justice system is seen to act without favour and to be effective and efficient in its function.

To endorse this memorandum in your personal capacity sign the petition titled “State Must Act Against Corruption and Abuse of Power!” at: http://www.mypetition.co.za/index.php?page=sign_petition&petition_id=557.

To endorse this petition as an organisation or group please email Joel Bregman at . The full memorandum can be found attached. Final memorandum with signatures and  endorsements will be submitted to the relevant departments and published on Tuesday 15 March 2011.