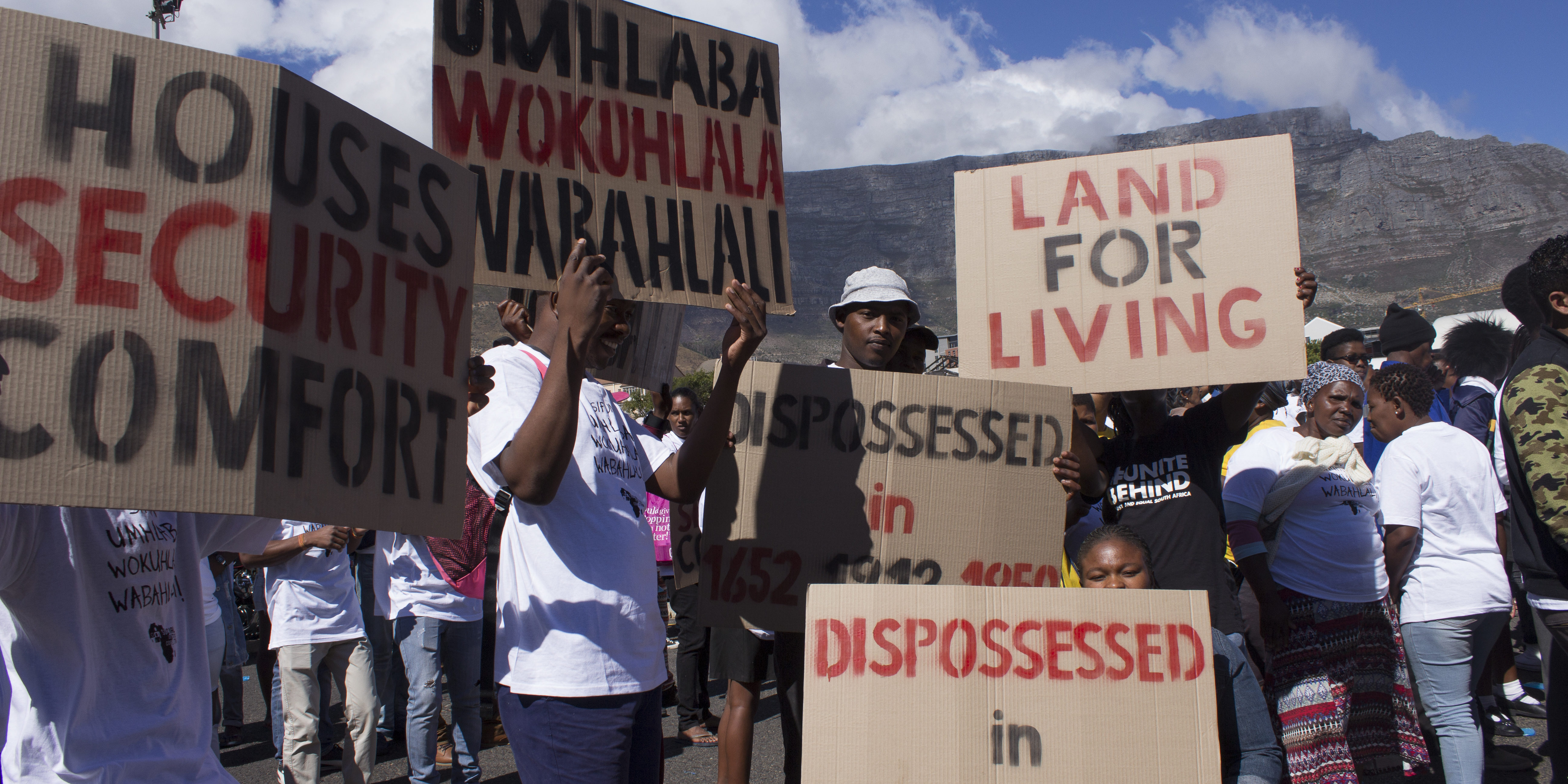 On Human Rights Day, Wednesday 21 March, activists from the Social Justice Coalition, Reclaim the City, the District Six Working Committee and Ndifuna Ukwazi will march to demand that they take bold steps to break with the past and advance the human rights of residents in this city struggling to access land, security of tenure and decent housing.

2018 marks 105 years since the Native Land Act was passed and 68 years since the Group Areas Act became law in South Africa. Both Acts dispossessed Black peoples of their land and housing. Neither have been substantially redressed. Our city remains segregated and spatial apartheid continues. Where you live continues to determine your enjoyment of rights, the opportunities you enjoy the the quality of services you can access. The City, the Province and the National Government have failed us and have failed to undo the injustices of the past.

There are over 2 700 informal settlements in South Africa today. This number has increased from about 300 in 1994. Residents living in informal settlements face inadequate living situations, poverty, unemployment, crime, illness and constant risk of floods and fires. The dire living conditions of poor and working-class people, and the challenges with the existing housing crisis, have not seen any significant improvement despite numerous policies that have attempted to address these issues.

In Cape Town, with a housing backlog of 345 000, it will take between 50 to 60 years for everyone to have a house and likely even more considering the fast pace of urbanisation. There are 191 590 households in approximately 400 informal settlement pockets. None of these households own the pieces of land they are situated on and are largely occupied by Black peoples. Private land ownership is almost exclusively a white phenomenon, as shown in the 2017 Land Audit Report.

A change of this nature can only occur if politicians’ thinking and attitudes towards informal settlements change. Much has been achieved by the South African government since 1994, but many of the poorest in our country continue to wait for the delivery of services to achieve the rights to safety, health, life and dignity as guaranteed by our Constitution.

Land in South Africa is not just about a plot or property; it’s symbolic of a history and legacy of dispossession. A dispossession that has persisted, through generations, in multiple ways. It persists today.

Land is not only about the inhumanity of forced removals and apartheid spatial planning.

Cape Town remains an “Apartheid City”. Through its perpetuation of apartheid spatial planning, inequitable resource allocation and eviction of the poor from land occupations and the inner city, Cape Town is far from meeting its constitutional obligations on land and equality.

Access to land and housing is not just about four walls and a roof. It is also about access to

economic opportunities and social amenities, and this is why the location of where homes are built and where land is made available for Black peoples matters.

The selling of well-located land to big property developers for profit rather than to house people, notably evident in the recent sale of land in Tafelberg in Sea Point by the Western Cape Provincial Government, is unacceptable. It cannot be that places which were declared whites-only through the Group Areas Act remain largely white today.

The undignified conditions that are the norm for so many poor, Black residents of this country and the undignified manner in which we are treated, needs to change.

We will no longer quietly accept discomfort, indignity, insecurity and silence. Down with all forms of dispossession!

Our city remains segregated and spatial apartheid continues. Where you live continues to determine your enjoyment of rights, the opportunities you enjoy the the quality of services you can access. The City, the Province and the National Government have failed us and have failed to undo the injustices of the past.