PRESS CONFERENCE: #SJC10 ON WHY THE CONSTITUTIONAL COURT NEEDS TO CHANGE THE GATHERINGS ACT 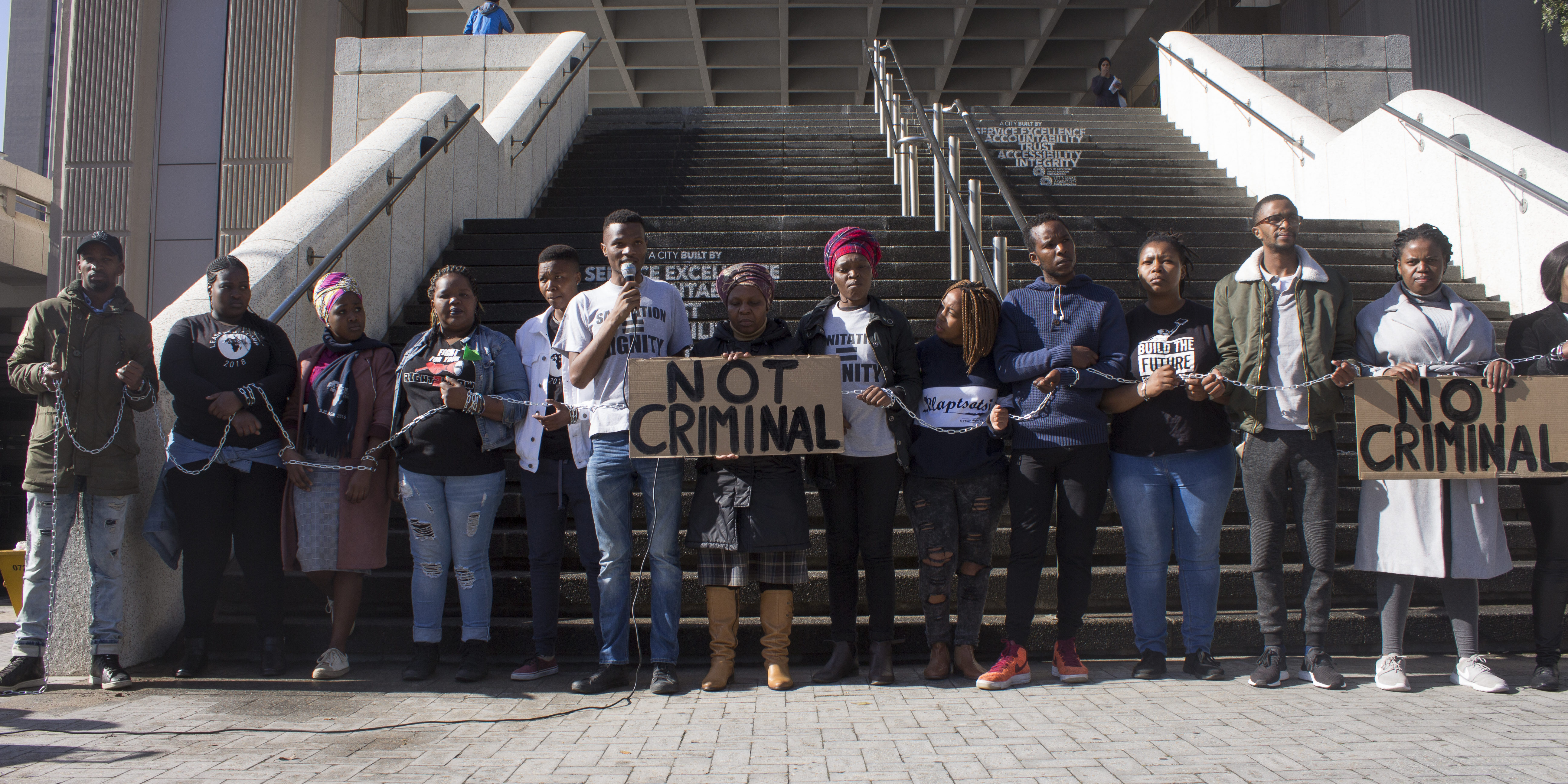 On Friday 17 August 2018 members of the SJC10 will hold a press conference with the Social Justice Coalition (SJC), Right2Know (R2K) and Equal Education (EE) at the Cape Town Civic Centre.

We believe the Regulation of Gatherings Act (RGA) in its current form is regressive and a hindrance to the democratic principles enshrined in our Constitution. This is why we, represented by the Legal Resources Centre, have challenged these criminal convictions since 2016 in the Magistrate’s and High Courts. This struggle for the right to freedom of assembly has taken us to the Constitutional Court, where we hope the Western Cape High Court’s decision will be confirmed by the highest court in the country.Judge Ndita delivered her landmark High Court judgment on 24 January 2018, which overturned the 10 criminal convictions and declared section 12 (1) (a) of the RGA unconstitutional as it limits and criminalises peaceful protest. The judgement stated: “the limitation is not reasonable and justifiable in an open and democratic society, based on the values of freedom, dignity and equality”. This judgment now goes to the Constitutional Court on 21 August, where the South African Police Service (SAPS) is challenging Judge Ndita’s ruling.It is deeply troubling that SAPS has chosen to impede our attempt to restore our constitutionally-mandated right to protest peacefully and unarmed. Criminalisation is an extreme limit on our rights, and should not be used to incentivise compliance with the RGA. Under the RGA as it currently is, President Cyril Ramaphosa should be criminalised for his morning walks. This is the arbitrary and ridiculous nature of this apartheid-era law.

In the broader South African political context, the State’s attempt to hinder peaceful and unarmed protest is incredibly distressing. As civil society organisations, we will continue to fight for our democratic rights, and hope the Constitutional Court will uphold the High Court judgment in the name of creating “an open and democratic society, based on the values of freedom, dignity and equality”.

The Civic Centre is a symbolic choice, as it was the scene of the “crime” for which the SJC10 were arrested on 11 September 2013. The planned act of civil disobedience was an attempt to engage with Mayor Patricia de Lille regarding sanitation in informal settlements after numerous attempts from the SJC went unheard by the City. Activists peacefully chained themselves to the Civic Centre’s railing, waiting for the Mayor to come outside and speak to them. In the course of this peaceful, unarmed protest and genuine attempt at democratic engagement, 21 activists were arrested under the RGA. 11 of the 21 were acquitted, but 10 were charged under the RGA for failing to provide notice. They still have criminal records.

*The court papers can be accessed here: https://bit.ly/2nIyidf