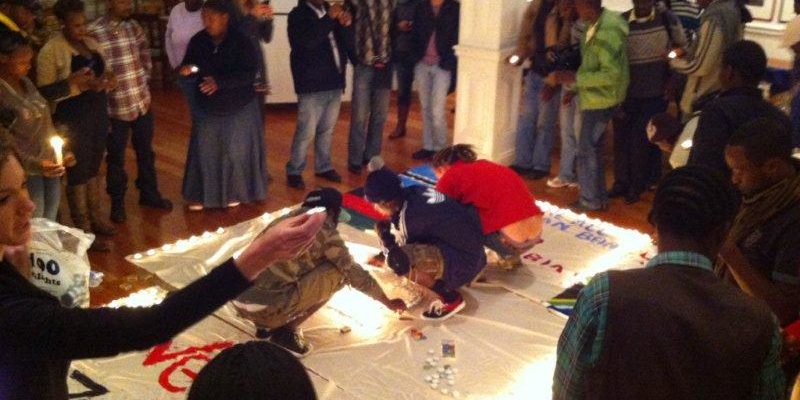 Before lighting 732 candles and standing vigil around the Slave Tree, victims of the attacks had a chance to tell their stories. The most moving stories where heard of people who were totally perplexed when their neighbors of many years, the elder relatives of their children’s friends, suddenly, inexplicably turned on them. Of the confusion of their children, of the pain and trauma they suffered, of how the events that unfolded in May 2008 tore communities apart and how for some these were repetitions of what had happened to them in their home countries. Some spoke of how many of the South Africans involved in the attacks were also in a sense victims of the attacks, suffering to this day for their involvement.

The last person to ask for the microphone was a young South African from Khayelitsha, who bought the crowd to its feet in a standing ovation when he confessed to being swept up in the violence and joining the looting. He asked the gathering to forgive him for his deeds and the other youngsters who were involved. The only excuse he could offer for what he had done was that they had got swept up in the crowd and that they attacked people they saw as having more than they did.