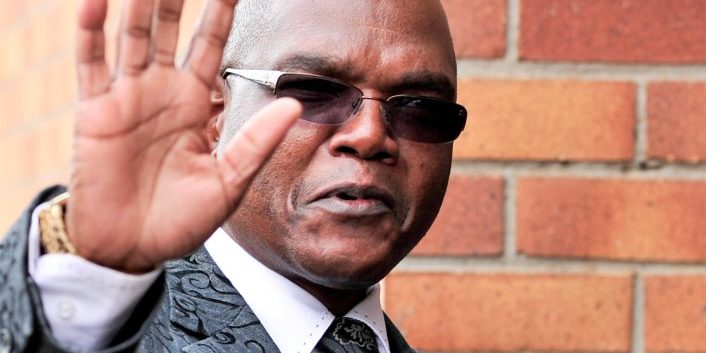 CW – formed to encourage civil society to participate in combating corruption – has a self-evident interest in this matter. The affidavit filed in support of the application by, David Lewis, CW’s Executive Director, states:

It is therefore of particular concern that one of the country’s senior law enforcement officers, namely Lt General Richard Mdluli, is alleged to have been involved in serious acts of corruption and is under investigation in respect of, inter alia, these allegations.  We strongly believe that this compromises the ability of the law enforcement authorities to combat corruption.  This is the source of our interest in the relief sought in these proceedings.  We believe that it is vital that allegations such as these be fully and effectively investigated and pursued, that the authorities are seen to do this, and that they explain their conduct and their decisions in this regard to the public.”

The SJC is a Khayelitsha based social movement founded in response to the xenophobic violence that erupted in May 2008, in order to combat crime and protect and advance other rights enshrined in the Constitution. The affidavit filed in support of the application by SJC Secretariat member Zackie Achmat notes that although exceptionally high levels of violent crime blights the lives of many people in our country, no group is worse affected than residents of informal settlements and townships. It is on this basis that the SJC – a membership-based movement made up of working-class and poor individuals – has joined as a co-applicant drawing attention to the shocking impact of crime in local communities, which is directly attributable to the breakdown in policing and criminal justice system. The failure by the SAPS and the NPA to act effectively and transparently against those accused of serious offenses creates a climate in which the public loses confidence in our security services and justice system, and in our Constitution. This has become increasingly evident over the past three months, during which time eight people have been killed in acts of vigilante mob justice in Khayelitsha alone.

The co-applicants are also concerned at the evidence of political interference and partiality on Lt. General Mdluli’s part.  This is not only contrary to the express provisions of the Constitution and the South African Police Services Act, but corruption at a leadership level severely limits the ability of the SAPS to effectively combat corruption at community level.

Importantly, CW’s affidavit contains evidence not yet submitted to the court. This includes requisitions from the Secret Services Account for the building of a wall around the  house of the Minister of Police, a letter from the Inspector-General of Intelligence to the Acting National Commissioner of SAPS concerning the question of criminal jurisdiction and a memorandum prepared by Lt. General Mdluli and addressed to, among others, the President, alleging that he, Mdluli, is subject to victimisation at the hands of certain of his colleagues.

The affidavit filed by the SJC can be found here.

Questions can be addressed to: