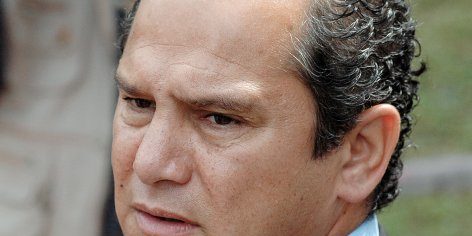 Approximately 1000 inmates died in South African prisons last year, having been denied healthcare or medication for various incapacitating illnesses. It is estimated that only 15% of prisoners in advanced stages of HIV (approximately 32 000 people) are currently receiving treatment, and to compound this they are forced to continue living with their debilitating conditions in overly cramped cells where they are very likely to contract opportunistic infections such as TB, and where unprotected and often coerced sexual behaviour is rife. Very few sick prisoners will ever get a hospital bed, let alone released on bail to die a dignified death, no matter how severe or advanced their condition is.

The right to medical parole based on terminal illness for convicted criminals is not only compassionate but essential to the right to die with dignity. It is a right that must be applied based on strict medical criteria with the fullest consideration given to the victims of crime – including both the specific victims, and the community and the family of the convicted person. Proper medical care should be given to those with chronically manageable illnesses such as HIV or hypertension or curable illnesses such as TB. The lack of this provision is an additional punishment because prisoners (most of whom are poor) cannot afford private medical care and cannot access public services. Political abuse of medical parole exacerbates this injustice.

It is evident that Shaik has received unfair preferential treatment since beginning his fifteen year sentence in 2005. He has spent the majority of his time in prison hospitals or private clinics for high blood pressure, depression, and chest pain. He might well be ill or even terminally ill, but no reasonable person could deny doubting the extent of this claim, given past reports into his illness and Shaik’s conduct in general. In a report to the Parliamentary Committee on Correctional affairs in September 2008 (including a submission from Shaiks’ attorneys containing independent medical reports), it was reported that Shaik did not qualify for medical parole. It is unlikely that Shaik’s condition would have transformed from being manageable to terminal within the space of six months. More recently, it emerged that Professor DP Naidoo – head of Cardiology at the Inkosi Albert Luthuli where Shaik was receiving treatment – “personally discharged” Shaik four months ago because he was considered well enough to return to prison. A subsequent report saw him withdraw this claim, which in itself warrants an investigation by the Health Professions Council into the conduct of the medical practitioners involved with assessing Shaik. Naidoo also reported that Shaik remained in hospital until his release on bail last week, reportedly enjoying visits from family members – a privilege not granted to other prisoners. These claims also needs to be further investigated.

Yet another reason to doubt the plausibility of Shaik’s medical condition is the fact that he has routinely lied without remorse in order to evade the charges or the rulings laid against him. Judge Squires specifically noted this in his High Court ruling:

“First, there is the matter of Shaik’s false claims about his professional qualifications and business achievements. In itself this was a silly thing to do rather than indicative of fundamental dishonesty and perhaps understandable if done by a new business enterprise to try and impress customers or would-be joint venture partners, being rather like a personal form of merchandise puffing. But the disturbing aspect of these falsehoods, in our view, was the conspicuous lack of any embarrassment or remorse on the part of the witness when the falsity of these claims was admitted. That lack of any expression or sign of regret at practising such a subterfuge, seems to indicate a mentality that appears quite untroubled by the thought of resort to duplicity or falsehood to gain one’s ends.”

Shaik’s release is an affront to the Constitution, the public at large and the thousands of prisoners who languish in prison with untended illnesses, as well as their families.

We also condemn Minister of Correctional Services and his Department who consistently behave as if they are above the law, exemplified in the findings of The Jali Commission (2002). Minister Ncgonde Balfour represents Executive lawlessness in the extreme from his indifference to HIV and drug resistant TB in prisons, corrupt tender procedures, the unconstitutional manoeuvres to remove Commissioner Vernon Petersen to his support (as opposed to his acceptance) of the DCS’s decision to use medical parole as a means to release Schabir Shaik.

This decision by DCS will confirm the dangerous public conception that the law applies differently to different people, and threatens to undermine the rights of all people in South Africa to equality before the law, safety, security, and justice.

Shaik is not an ordinary criminal. His incarceration is a symbol of executive lawlessness and impunity of the Mbeki administration’s support and cover-up in the arms deal. He is also the greatest embarrassment to the ANC President Jacob Zuma. Judge Squires, in his High Court ruling, held:

… it axiomatic that the higher the status of the beneficiary of corruption, the more serious the offence.

His release in the wake of the pivotal role he played in orchestrating bribes and payoffs in the Arms Deal serves as yet another dangerous example of how corruption and lawlessness will be accepted in contemporary South Africa, and is consistent with various attempts within Government and the ANC to quash further investigation into these acquisitions. We urge the ANC, heading into April’s National election, to illustrate their commitment to the rule of law and their tough stance on corruption (outlined in their 2009 election manifesto) by calling for a review into Shaik’s release and an independent commission of inquiry into the arms deal.

Furthermore, we demand that:

A judicial review is overwhelmingly in the public’s interest given the effect that a lack of openness and accountability will have on the rule of law.