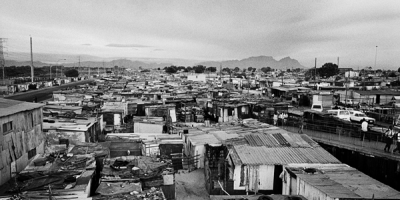 On Monday 13 September 2010 the Social Justice Coalition (SJC) sent a letter to Dianne Kohler Barnard MP (DA shadow minister of Police), copied to Helen Zille (Leader of the DA and Premier of the Western Cape).  In this letter (attached as annexure A) the SJC explained that what appeared to be an error in calculation had been made in a widely circulated DA statement dated 29 August 2010, in which Kohler Barnard claimed that crime in Khayelitsha had declined by 70% over five years. We illustrated that this decline was in fact 24% over 5 years.  Moreover, if one uses the latest police statistics, the reduction in crime in the area has decreased to 17% since 2003/2004.

The SJC intended for the correspondence to remain private, as we wanted to present Kohler Barnard and the DA with sufficient opportunity to retract their statement in an appropriate manner.     On Wednesday 15 September 2010 Kohler Barnard responded, and acknowledged that a mistake had been made, and that “the correct figure is a 24% reduction in crime in Khayelitsha, and a correction will be posted on our website, as well as with the press” (see annexure B).

On Friday 17 September 2010, the DA made an effort to issue a correction in a manner we find to be wholly inadequate and evasive.  In an email received from DA Parliamentary Chief Operations Officer Ross Van Der Linde (See annexure C), we were informed that the DA would not issue a full statement on their website, but instead add a correction to the original statement of 29 August located in their archives1.  In addition, correspondence with the press would be limited to a “correction” sent only to the Cape Times, as Van Der linde claimed it was “the only newspaper to run this story”. A brisk internet search shows that the story was covered by numerous local and national news sources including the Cape Argus, Business Day, IOL, Politicsweb, Eyewitness Radio News (servicing 567 Cape Talk and 702 Talk Radio), iafrica news, The Times, Legalbrief and SAPA. The statement was discussed on various radio stations, and was also distributed on various DA mailing lists.

As the original statement was widely disseminated and discussed, it is important for the nature of the error and the correct information to be circulated widely. The nature and seriousness of the challenges presented by crime renders such information very much in the public interest.

On Wednesday 15 September 2010 four of the nine suspects accused of raping and murdering Zoliswa Nkonyana escaped from Khayelitsha Magistrate Court.  This trial – which the SJC, TAC, Free Gender and other organisations have been following closely for years– has been postponed more than 25 times since 2006.  This failure to deliver justice is unfortunately not an isolated incident, but common for those forced to make use of the overburdened and under-resourced Khayelitsha police Services and courts. Crime – both violent and property related – in areas like Khayelitsha continues to affect residents more so than in any other part of the Western Cape. People are assaulted, robbed, raped, and murdered daily conducting tasks that many people living outside of informal settlements take for granted, like using toilet or accessing transport to work. Justice in areas such as these has become a privilege, not a right. The nature of this crisis requires that members of the public and policy makers alike have an accurate perception of the scope of the problem, if we are to succeed in ensuring that progress is made.

The Social Justice Coalition (SJC) is a grassroots membership based organisation located in Khayelitsha. Our primary campaign focuses on ensuring that all people in South Africa have their constitutional right to safety and security upheld.

On 29 August 2010 the Democratic Alliance (DA) released a press statement in which you – in your capacity as Shadow Minister of Police – claimed that there had been a “70% drop” in crime in Khayelitsha over 5 years”10. You noted that “16 648 criminal incidents were reported in Khayelitsha in 2003/2004, but in 2008/2009, that number plummeted to 5 046”. While such a reduction would be a significant achievement, it has come to our attention that this calculation is incorrect, and seriously exaggerates progress in an area still plagued by crime.

It appears that an error in calculation occurred due to a failure to incorporate statistics from Harare11 and Lingelethu-West12 Police stations – two additional stations that are located in and serve Khayelitsha, but were only opened in 2004/200513 – a year later than that which you have used as a base-year in your analysis. This of course resulted in reported cases being distributed amongst three stations from 2004 onwards rather than one, which considerably lessened the burden of cases on Khayelitsha (Site B) police station. It seems that your calculation took the total number of cases in 2003/2004 when there was only one police station (Khayelitsha Police Station14) serving the entire area, and compared it to the 2008/2009 statistics from that same station, neglecting cases from Harare and Lingelethu-West despite these stations today accounting for the majority of interpersonal violent crime in Khayelitsha15. This not only fails to provide an accurate gauge of the overall decrease in crime in broader Khayelitsha, but also the area covered by Khayelitsha Site B police station.

This miscalculation is especially problematic for a number of reasons. Most importantly, Khayelitsha – as one of the Western Cape’s most impoverished urban areas – bears a considerable and disproportionate burden of violent crime (and quite possibly property related crime). This is of course not only the case for Khayelitsha, but any densely populated urban area containing vast and historically under developed informal settlements. There are no quick wins in the fight against crime, particularly in areas such as these. We therefore fully agree with you when you say that pragmatic responses are needed to combat crime including coordinated projects with government and civil society, and improvements to infrastructure and access to basic services (such as lighting, roads, and access to toilets) which can have a considerable affect on one’s safety. But in order to successfully do this, we need to be realistic about the challenges and acknowledge the pervasiveness of crime in these areas. An accurate portrayal of the distribution and evolution of crime is crucial both for the public and policy makers alike.

We request that you please issue a correction to your 29 August 2010 statement. We ask that you do so by 15 September 2010. This should in no way undermine the commendable work done by the City and VPUU, which appears to be delivering tangible results in crime reduction

Thank you for considering our request.

I believe you have been speaking to Mireille about the error in our crime statistics statement on August 29th.

I just wanted to update you that we have posted a correction on our website – the corrected statement is available here – and that a correction has been sent to the Cape Times, which ran the story on August 31st. According to our records, this was the only newspaper to run this story. The correction sets out what happened, makes is clear that an error was made, and apologises unambiguously; it is essentially the same as the correction in the website link above, though I can send you a copy if you wish.

I would imagine it will, in any case, be appearing during the course of the next week.

To the best of our knowledge, this issue has never been raised in the National Assembly. We have done a thorough search of parliamentary speeches, member’s statements and other statements that might have been made there, and have not established any instances in which the issue or figure were mentioned. In the circumstances, I hope you understand that we do not see it as necessary to read a correction to Parliament.

Thank you for bringing this error to our attention. We do make a very concerted effort to get all of the information in our statements correct, and the mistake is regrettable, but it is important to set the record straight.