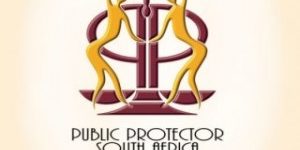 Despite the fact that both reports found a number of high-ranking government officials to have broken or flouted various laws and regulations, we are not aware of any action being taken against them nor has there been any action taken by the President. In fact, the national Police Commisioner, Bheki Cele, and the Minister of Public Works, Gwen Mahlangu-Nkabinde have continued in their respective posts.

For this reason, on 16 September 2011, the Social Justice Coalition (SJC) wrote to the Office of the Public Protector requesting reports submitted by government departments/Ministers on matters relating to the SAPS leasing agreements.

The SJC is a community-based movement working in the informal settlements of Khayelitsha. Our work focuses on government accountability and transparency. Our work is underpinned by a desire to ensure that the values of, and the rights contained in the Constitution are upheld, protected and defended[1].  One of our primary campaigns focuses on reducing crime in the communities in which we work.  We believe that in order to ensure that all citizens act in accordance with the law, our leaders must do the same.

The SJC’s Request for Information from the Public Protector

In the two Public Protector reports referred to above, remedial action and monitoring are set out. In particular:

We are of the view that as at 19 September 2011, a total of 17 documents should have been submitted to the Public Protector by the National Treasury, DPW, SAPS as well as by the Ministers of Public Works and Police.

We are of the view that all of these documents should be made public. (i.e. the Action Plans, Quarterly Reports and Cabinet Report).

We have therefore written to the Public Protector and have asked for clarification on:

We believe that the Public Protector has the requisite mandate and ability to deal with this matter and that her actions are characterised by transparency and a genuine effort to uncover the truth.

Therefore, given the role that the Office of the Public Protector has and continues to play in upholding the values and principles of the Constitution in this matter, we are confident that her office will make the information available to the public – as without the information, the public will not be able to exercise a number of their rights contained in our Constitution.

Correspondence to The Public Protector in Full:

[1] The SJC has been calling for this matter to be prioritised since it was first exposed in August 2010. Following the findings in the first report, the SJC issued a memorandum and petition on 7 March 2011. We called for an investigation by the National Prosecuting Authority (NPA), as well as for the Independent Complaints Directorate (ICD) to investigate police misconduct related to an unauthorised raid on the Office of the Public Protector. The petition was signed by more than 1,000 people and endorsed by more than 25 civil society organisations. On 8 March 2011, the SJC organised a demonstration outside Parliament in Cape Town calling for further investigation into the matter. We have also engaged with our members and members of our sister organisations around this subject.